The power of multi-layered protection

ESET’s multi-layered approach based on proactive and smart technologies allows us to detect threats faster and at different stages of the cyber kill chain, helping all our customers benefit from stronger and more effective protection combining endpoint-based and cloud-augmented technologies. 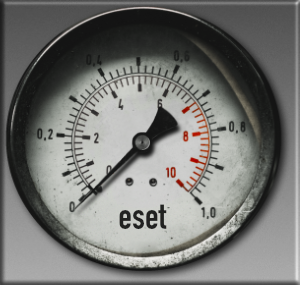 UEFI Scanner
ESET is the first internet security provider to add a dedicated layer into its solution that protects the Unified Extensible Firmware Interface (UEFI). ESET UEFI Scanner checks and enforces the security of the pre-boot environment that is compliant with the UEFI specification. It is designed to detect malicious components in the firmware and report them to the user.

While the malicious code can be easily modified or obfuscated by attackers, the behaviour of objects cannot be changed so easily and ESET DNA Detections are designed to take advantage of this principle.

Machine Learning
ESET has developed its own in-house machine learning engine, dubbed ESET Augur. It uses the combined power of neural networks (such as deep learning and long short-term memory) and a handpicked group of six classification algorithms. This allows it to generate a consolidated output and help correctly label the incoming sample as clean, potentially unwanted or malicious.

Reputation & Cache
When inspecting a file or URL, before any scanning takes place, our products check the local cache for known malicious or whitelisted benign objects. This improves scanning performance.

Afterwards, our ESET LiveGrid® Reputation System is queried for the object’s reputation (i.e. whether the object has already been seen elsewhere and classified as malicious). This improves scanning efficiency and enables faster sharing of malware intelligence with our customers.

In-product Sandbox
Today’s malware is often heavily obfuscated and tries to evade detection as much as possible. To see through this and identify the real behaviour hidden underneath the surface, we use in-product sandboxing. With the help of this technology, ESET solutions emulate different components of computer hardware and software to execute a suspicious sample in an isolated virtualized environment.

Exploit Blocker
Exploit Blocker monitors typically exploitable applications (browsers, document readers, email clients, Flash, Java, and more) and instead of just aiming at particular CVE identifiers it focuses on exploitation techniques. When triggered, the behavior of the process is analyzed and, if it is considered suspicious, the threat may be blocked immediately on the machine.

Ransomware Shield
ESET Ransomware Shield is an additional layer protecting users from ransomware. This technology monitors and evaluates all executed applications based on their behavior and reputation. It is designed to detect and block processes that resemble behavior of ransomware.

Request a call back